Today was procrastinating on the beach day.

I was so tempted to just lay out a blanket and hang out for hours like I used to when I lived one block from the beach. I still live a mile away from the beach but we have a breakwater where I live, unlike Hermosa Beach which doesn’t and so you get this:

What a hump day! Got to spend some time with a friend and then hang out at the beach to listen to this! Now I need the words to flow like the 🌊 How is your Wednesday going? #wednesday #wednesdaymotivation #authorsofinstagram #hermosabeach #beachdayeveryday #socal #southbay

Of course, there are pros and cons to living this close to the ocean. Sometimes, the tide gets too close to your front door but that’s when the city berms the sand right in front of your house during certain parts of the year. And other parts, you get the clear view of the waves the hear them from your bedroom window.

That means I haven’t been writing. After spending yesterday celebrating Lil Dude’s birthday, I was too tired to do any writing after he went to bed but I’m hoping to do some catch-up today. Got my cover for the first of ten novellas and I should get started with it. The goal is 17K (actually it’s 15k but I’m giving myself some leeway) and it’s going to be an exercise in getting a full story down in 15k words.

I’m actually looking forward to it. I just have to tell myself not to look at the two other novels that I’m supposed to get written by March!

Two more days before my latest book goes live and I’m starting to get really excited about its release. Unfortunately, I’ve been too busy to be enthusiastic about it because of deadlines for my Naughty Pen—deadlines that I realized I didn’t really need to add to my already cramped schedule—and most recently, issues with my son’s behavioral aide provider that’s been outsourced by the school district. If it’s in the IEP (Individualized Education Plan), it needs to be followed, period.

No wonder he’s been having issues at school this week and I couldn’t figure it out from the teacher’s daily report that I get at the end of every school day. He was doing so well last week and then suddenly this week, it’s been inconsistent, with notes that my kid was being disruptive in class and rude to the teacher. It wasn’t until I saw a different aide’s name on the daily report because the teacher was out and my son told me that the regular aide was going to “clean houses” instead and that he had a new one. The next day he said he got a different one from the second woman and that she didn’t show up until noon (school starts at 9 am).

When I emailed the school coordinator, she had no idea it was happening and CC’d the head of the outside company who then emailed us back to say he’s “looking into it” and will get back to us. I haven’t heard from anyone since.

Such things really don’t take over my whole day to the point that I can’t pop in on social media and say hello to my readers. But it’s like a dark cloud that hangs over me, added to the other dark clouds called the current situation in the country. I’ve actually stopped posting on Twitter—or visiting Twitter, for that matter—because I have never felt more scared about stepping out my door than when I go through my Twitter timeline and see all the hate. I’ve had readers ask me where I am or if I’m okay since they haven’t heard from me and honestly, I’m NOT okay.

And so I write. It’s where I find solace and peace. But the marketing and promotions have had to take a back seat because I just can’t do it anymore, not even when I know I have to do it because it’s the only way I can get books sold. It’s also the worse time not to do it—during a book’s release—but it is what it is. It’s bad enough that I burned a lot of bridges along the way for standing up for what I believe in (I’m triggered enough these days not to take a stand and say, I can’t do this anymore. I have to step away even if it means ending our professional relationship. I’m also too fucking old to keep saying yes to everyone even when my whole body screams NO MORE), it’s worse when you know you’re doing harm to your main pen name when you take a stand.

But it is what it is. 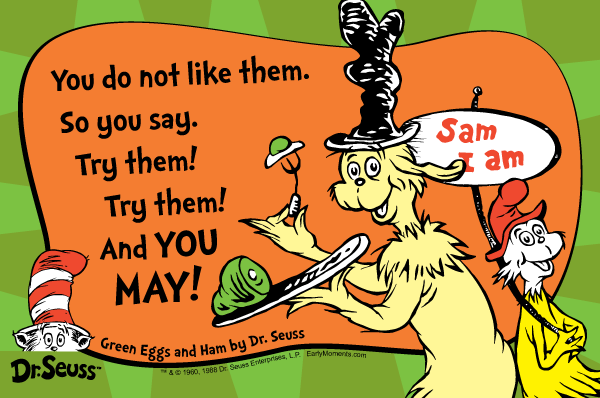 After dinner, while she insisted she rinse the dishes and load up the dishwasher, Ashe helped the boys assemble the toy trains and the tracks around the playroom. He had removed his jacket shortly after Paige and Clint left, and by the time dinner was over, he was moving around the playroom in his bare feet, on his hands and knees putting the train set together while the boys climbed all over him, directing him with what to do. By the third hour, the triplets were bored of their brand new train and insisted they watch Finding Nemo, but not before Ashe read them Green Eggs and Ham by Dr. Seuss, complete with sound effects. Even Riley had been assigned the role of the grumpy narrator, much to her nephews’ delight, who laughed and giggled every time she made a grumpy face and lowered her voice.

I wrote Loving Ashe when my son was three-years-old and I was reading Dr. Seuss’ books out loud to him. He loved Green Eggs and Ham most of all as well as One Fish Two Fish Red Fish Blue Fish. I think that’s the title, but I digress.

So while writing a babysitting scene in Loving Ashe, I defaulted to the books I read the most that my son loved, complete with all the sound effects. Green Eggs and Ham. I actually used to call it Sam-I-Am because, in Ashe and Riley’s story, he calls her Riley-I-Am because of their babysitting adventure.

It’s one of the things that strikes me when I re-read sections of my books (for research!) and I remember why I included a certain tidbit here and there. It feels like leaving a part of me in every book like Voldemort left his Horcruxes everywhere… only in my case, it’s in my books and usually, I know about them and no one else does.

Well, at least, you know about this one…

When I was much younger and a regular staple at the library or Borders, I used to judge books not only by their covers but by the words NEW YORK TIMES BESTSELLER.   It made me attend conferences with notable guests like Pulitzer Prize winners and Poet Laureates.  I learned, maybe erroneously, that “By New York Times Bestselling Author” were not hits compared to the ones that held the label, NEW YORK TIMES BESTSELLER.  I mean, dang, that book was the bestseller so it must be good.

Funny thing, though – when I started publishing, I never paid any mind to making “the list.”  It was stressful enough just having your book edited, packaged with a nice cover and then released, even if it was to crickets.  And there are two more lists, by the way.  The USA Today and Wall Street Journal.

Late last year, I learned about the ways to make it onto a list, along with calls to join box sets designed to make “the list” and thus have the privilege to call myself a USA Today or New York Times Bestselling Author.  It’s definitely more eye-catching than just seeing just Liz Durano on the author line, right?  And with indies showing up on the lists for a few months now, it’s definitely an accomplishment especially when primarily traditionally published books make most of those lists since the day were published.  It was a chance for indie authors like me to catch that elusive label and, in the case of box sets, for much less than if I were making a run as a solo author.

Well, as of today, fellow indie authors are noting the absence of the E-Books list (the easiest entry to the list via ebook sales versus paperback sales) from the New York Times.

It may just be temporary. (EDIT: it’s not) Maybe the list is late, although I doubt it.  But whether it’s late, intentional to exclude or make it harder for indies to make the list or not, it made me wonder just how important it is for me to make “the list.”

It would be nice, right?  And I’m not going to deny the chance if it were offered to me.  But writing my stories, I’ve discovered, is stressful enough.  I don’t write them as fast as I used to, or would like to, simply because real life is just too busy for me.

For one, my 7-year-old is acting out in school and I don’t have the luxury of deciding whether I should complete my novel or find ways to get him more active with after-school activities or socialization.  It’s not even a question.  I have a mother who loves to scare the bejeesus about my choice to be an author because she insists every week when I call her that the “recession is coming” and that my choice of vocation is poverty.  It’s enough to make this indie author paranoid of everything, much less spend thousands of dollars to make a list so you’ll pick my book over everyone else’s.

Some days, I think, life is just too short to worry about such things just so you’ll pick up my books.  I just want to write my stories and hope that whoever reads them finds joy in them.

… though I’m sure making any of those three lists would be a nice bonus.