Musings Over Coffee: Take My Money

This post isn’t about writing per se but about a writing app I use. It’s the only one that has helped me write over a million words since 2012. That app is called Ulysses by the Soulmen which is a distraction-free writing app only available on IOS.

Yesterday they made the announcement of going with a subscription model of $4.99 a month or $39.99 for an annual plan. If you’re already a user, you get 50% off the monthly plan. This transition to the subscription model allows the developers to keep making the app better.

I remember feeling disappointed at first, thinking, oh great, I just paid whatever I paid through the years and I use it on my laptop and iPhone since the content syncs flawlessly between them. If I were still using my iPad to write, it would sync there, too. I saw the negative comments leveled on the developers on social media, some of them rating the app 1-star not for the app itself but for the move to the subscription model.

Then I thought, you know, for all the words I write, for all the stories I publish, $4.99 a month is nothing for something that allows me to get the words out. Hell, I already pay Netflix, HBO, Pandora, Scribd, Evernote, Flickr, and so many more apps a monthly fee to access services I don’t use (the entertainment ones are for the family but they go through my Apple account) and I don’t see myself feeling disappointed.

Instead, I feel only happiness every time I see that yellow butterfly.

Where else do I get to meet my characters every day, the ones who truly make my life happy given that my life is shittyright now? What’s $4.99 a month? Sorry, but I make more money with my books sold in one day than they want for an annual subscription!

And those books were made possible because of this app!

Come to think of it, I pay Microsoft $6.99 each month for Word which I don’t use to write my stories but I have it because my editors require it for Track Changes and authors I work with send me Word documents as a default. Do you see me complain about that? 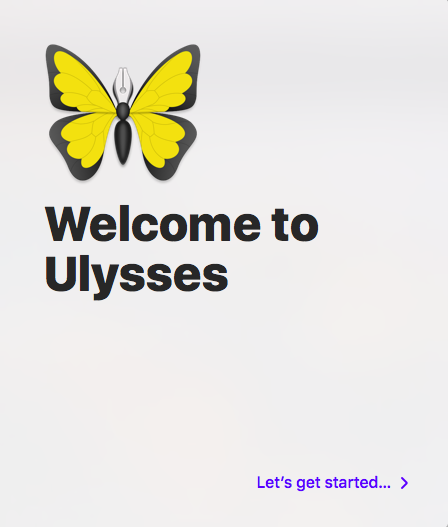 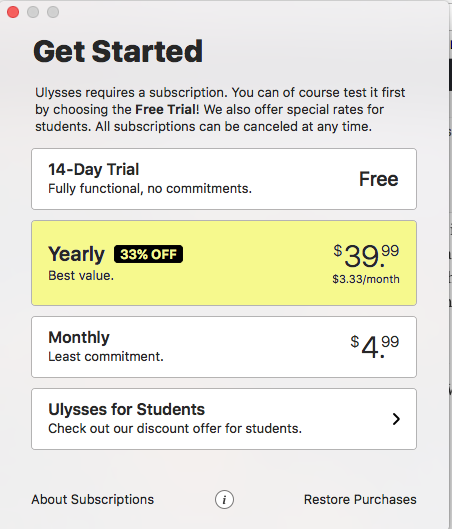 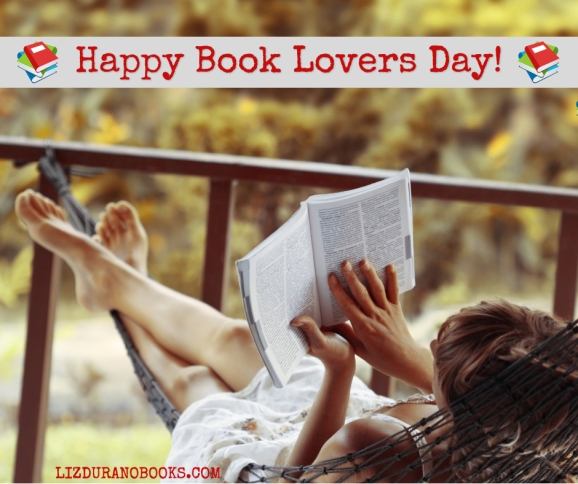 For #bookloversday, here’s a wee exchange between my favorites, Ashe and Riley:

While she prepared coffee, Ashe browsed through her books, pulling one out here and there to open it and flip through the pages, and always taking care of how he opened them. She could have sworn she caught him smelling the books, especially the vintage ones that belonged to her mother. Jane Eyre was one that he pulled out and flip through the pages, and Riley caught him smile to himself when he pulled out her mother’s copy of Madame Bovary.

“I do, yes,” Ashe replied as he returned a book to the shelf. “Unfortunately, I don’t have enough time to read these days, unless it’s to research a role. If I have some time, I read on my phone, but I do miss the feel of a real book in my hands.”

-from Loving Ashe, Book 1 of the Celebrity series 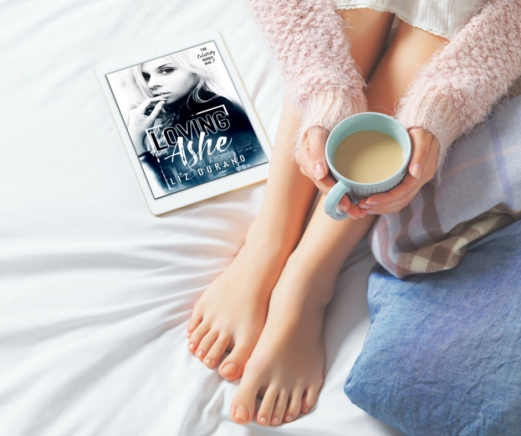 Musings Over Coffee: On Cover Reveals and Kindle Unlimited Subscriptions

It’s no secret: I’ve been so down the last few weeks, whether it was because of that little side project making me question if I was doing the right thing or my problems with FB advertising affecting my overall sales that I started wondering if I was chronically depressed. I mean, I was ready to jump into a fight with anyone who insisted indie books were terrible and reading through every Facebook post as a passive aggressive attack (probably also called Vague-booking). But as soon as the side project was done and the FB ad problem got resolved (for now), I’m feeling… normal again.

I’m even back to reading the interesting emails in my spam folder telling me somewhere out there, I’ve got $3.8 million dollars just waiting for me to claim it… 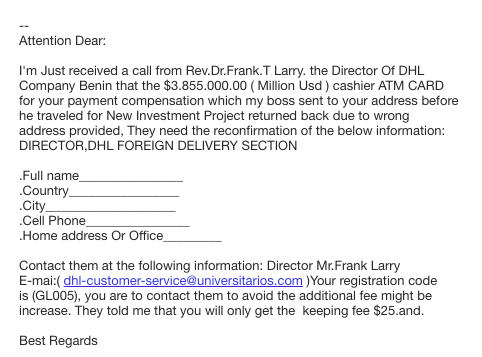 Anyway, today I should be writing but I had to get the business side out of the way first. Writing, compared to everything else in an author’s life, is actually the easiest task. Staying on top of your business and engaging with your readers? That takes a whole lot of planning and effort and determination. And conquering your fears – but that’s a post for another day.

So yesterday you may have seen my cover reveal for Falling for Jordan. I actually hadn’t planned on it but after discovering that I hadn’t installed the original handwriting font I’d used in the first version after I upgraded my hard drive, I discovered I had way too many fonts to track it down. So I just replaced it with another one closest to the original. Sure, I could have matched the font with the branded one that I used for Everything She Ever Wanted but for now, it’s gonna be that way. I like it and it goes perfectly with the baby. 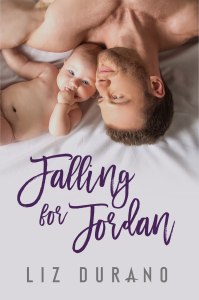 The cover reveal coincided with my newsletter going out this morning and if you’re one of my readers who received and opened it, thank you for pre-ordering your copy! I included a sneak peek of the first chapter in it as well.

And look what you did today since the newsletter came out! This from 137K ranking yesterday. 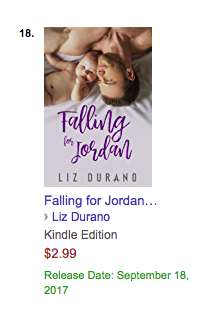 It also made it to #4 in Hot New Releases. So thank you! 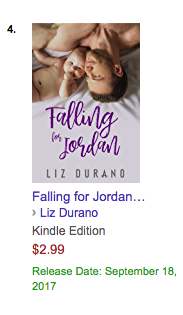 Another thing made me such a happy camper today and it also had to do with covers. Yup, I changed the cover for Collateral Attraction – again. I can honestly say that this looks like the final one. Maybe it’s the teal background or the Manhattan skyline, or maybe the perfect shade of yellow that all seem to speak to me and make me feel all giddy, but I like it. 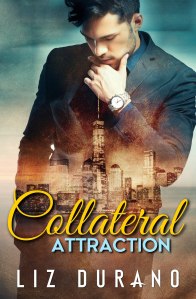 It’s still my worst performing book (haha) but, hey, you can’t fault me for trying anything I can to get this baby noticed because I just love my characters, Billie, Heath, Blythe, and Ethan. They’re a crazy bunch and thankfully, they’re taking my whole “you’re the only book that’s not doing well” blame game really well. Collateral Attraction is in Kindle Unlimited so do add it to your library and get to know this crazy bunch!

Speaking of Kindle Unlimited, I bought a 2-year subscription during Amazon Prime Day. Total impulse purchase and now I need to make the most of it by borrowing books every month and reading them. It also made me realize that people on a tight budget really do rely on this subscription service for their books. When you only pay $10 a month (or less when you buy a 2-year subscription like I did which was 37% off) to read as many KU books as you want, that’s a deal. I have received emails from readers who ask me if my books are on KU because it’s the only way they can afford to read books. So they appreciate it when they find my books on KU. Up until three days ago, only Collateral Attraction was in Kindle Unlimited but I’ve since returned Everything She Ever Wanted into the program.

Considering that I don’t complain about my subscriptions to services like Netflix, Audible, Starz, HBO (and who knows what else until I look at my iTunes monthly statement), it’s really no different. Instead of shows that are licensed to be streamed via those individual services, in Kindle Unlimited, it’s books that authors like me give Amazon license to distribute via the program. Come to think of it, I also have Pandora and Scribd which I hardly ever use. Yikes!

In the writing front, it’s back to Falling for Jordan. I need to fix a few things and finish it. I had originally planned to write a lighthearted novella because Everything She Ever Wanted was quite heavy in parts, so wish me luck. And yes, I did get inspired to write it because of the baby on the cover. I mean, did you say there’s actually a guy there, too? 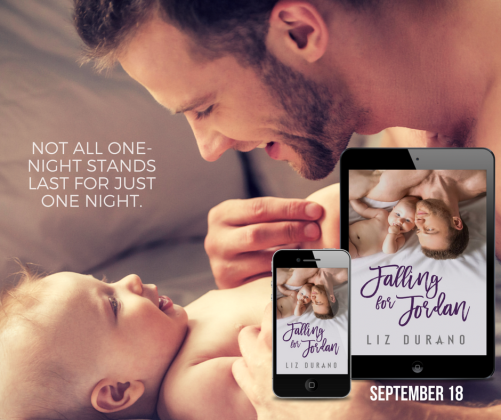 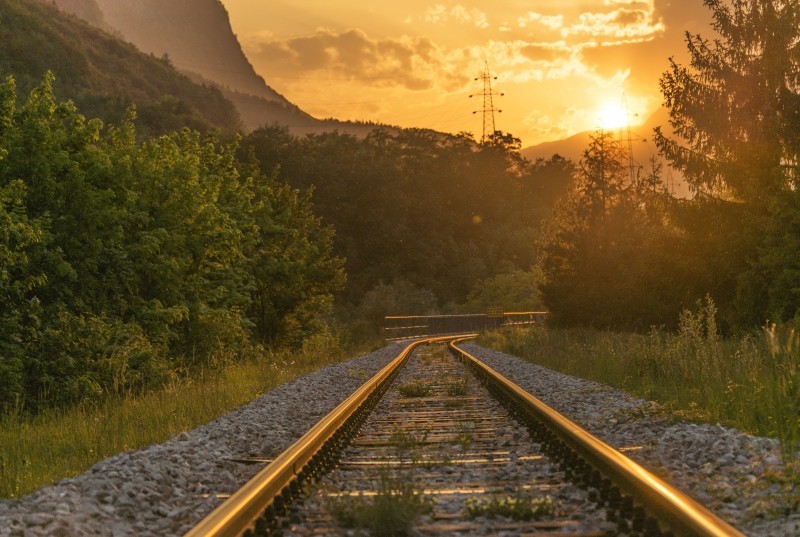 Today’s visual writing prompt: Your favorite character somehow ends up in this setting. What is he or she thinking (or saying) right now?

He had to look back before he could move forward. He couldn’t allow himself to forget, not just all the things he did wrong, but the things he did right. And most of all, the people who did right by him… of which there was only one and right now, she needed him. He saw it in her eyes the last time he looked into them up close, just before he destroyed the perfect world she’d built for herself and their children.. just before he kissed her and showed her that she would always be the only one for him even when she belonged to someone else.