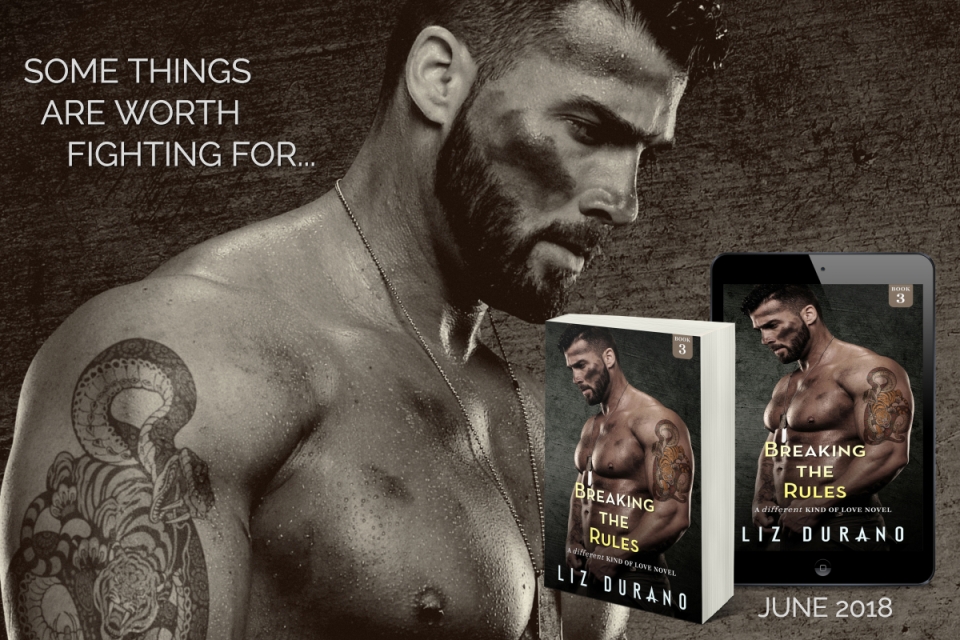 BREAKING THE RULES
A DIFFERENT KIND OF LOVE BOOK 3

Not all promises are made to be broken…

Former Marine Sawyer Villier has always preferred to keep his life simple and commitment-free. It’s why he lives off the grid in Taos, New Mexico when he’s not guarding billionaires.

But when he runs into his best friend’s widow during a stopover in LA, Sawyer realizes there’s one commitment he’s failed to keep, one he made to the man who saved his life in a time he’s sworn to forget.

Single mother Alma Thomas wishes she could forget the moment when she had to choose between standing by the man she loved or saving herself and their unborn child. After a year spent keeping his secrets safe, all she wants now is to move on.

But when Sawyer reappears in her life determined to honor his promises, will Alma be willing to let go of her own?