Movie Review: The Painter and the Thief

I first heard about The Painter and the Thief a few months ago when it earned rave reviews at Sundance Film Festival. The trailer was pretty compelling that I made a mental note to see it when it released on May 22.

A few words come to mind in summarizing this documentary – and I had to remind myself many times that it was a documentary because sometimes it didn’t feel like one. It’s just that good. And I hope down the line I don’t find out that this was all staged because I’d really be bummed… but I digress.

In The Painter and the Thief, we watch as the thief “Karl Bertil” is made vulnerable through the eyes of the Czeck painter, Barbora Kysilkova, whose paintings he and a partner stole in broad daylight. After asking to paint him, she does so in a way no one has ever seen him and you can see the shock and awe on his face. It’s devastating and beautiful and you just can’t look away.

But as the documentary progresses, flitting back in time a few months here and there, it’s not just Nordland who is exposed, we also see Kysilkova’s traumatic past laid bare through his eyes. To him, it’s why she paints such unflinching pieces that’s not exactly perfect to hang on someone’s walls.

I stayed up till 2:30 am to watch this (rented through iTunes) and that final frame was such a twist for me that it brought an audible gasp in the room and I lay there until the end of the credits, just transfixed. The editing, I thought. The editing is amazing*. But that would be my writer mind talking. As much as the director’s choices, the subjects make the documentary as riveting as it is, resulting in a gorgeously edited documentary of two people who end up, through one’s drug-fueled act of theft, seeing each other for who they really are.

And I still can’t look away.

*One of the reasons I watched this film with a writer’s mind is because as a writer, I see the story like a movie playing inside my head. The “camera” has to be arranged just right, at the right place and the right time, much like a documentary because I usually let my characters do their thing (as much as I keep declaring I write thousands of words in outlines) and allow me in their space to document everything. But like a good documentary filmmaker, I also need to know how to edit the scenes right – which ones to keep and which ones to toss aside to tell the perfect story. 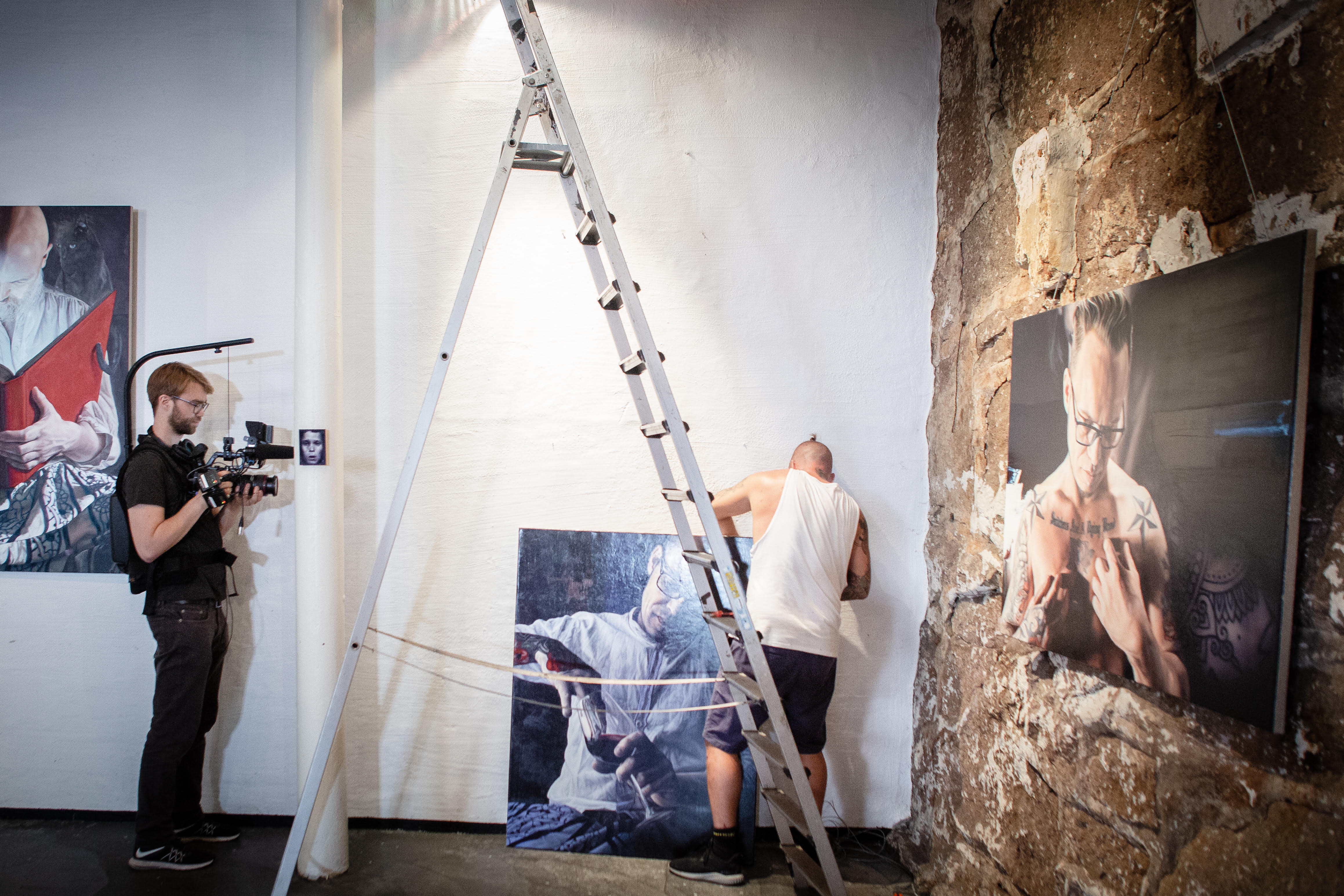 “That’s what I love about documentary filming,” Ree said. “It’s difficult to do something similar in a fictional film. To be there is to be present and observe with a camera. When in the crucial moments an amazing cinematographer is filming, it’s like dancing with the subjects. You have one shot at knowing where to position yourself. It’s intuitive work. If you fuck up the positioning and focus, you won’t get the same subtext and complexity of a scene.”

Source: Why ‘The Painter and the Thief’ Is Neon’s Latest Oscar Contender | IndieWire

← “Hearts are fragile like that.”
Elvis Has Left the Building →

4 Comments on “Movie Review: The Painter and the Thief”