In another round of Procrastination 101, I decided to go to bed early last night and watch Messiah on my rarely utilized Fire tablet. At first, I figured I’d simply watch it for an hour and see how much battery would get used up since the Fire, or at least, my Fire tablet, doesn’t really hold that long a charge.

Next thing I know, it’s 1:30 in the morning and I’m on episode 7 wondering WHAT THE HELL IS THIS SERIES ABOUT?

Sure, I could have stopped watching but I also couldn’t. And maybe that’s the way these things work (I did have to switch watching episode 7 on my iPad at 2:30 AM).

Unlike my last binge of The Witcher where you basically knew what you were getting into the moment you saw the first five minutes, in this case, Henry Cavill walking in front of the camera in tight trousers (and man, are his thighs, like, perfect!), I can’t say the same for Messiah, a ten-episode series that premiered on Netflix in January 2020.

If you haven’t heard or seen Messiah on Netflix, its logline on IMDB goes like this:

When a CIA officer investigates a man attracting international attention and followers through acts of public disruption, she embarks on a global, high-stakes mission to uncover whether he is a divine entity or a deceptive con artist.

Messiah got under my skin in the first ten minutes or so. It’s a story about religion, faith, and politics and how all three make a grand mess when told to play nicely. The soundtrack is ominous, the scenes at first jarring, placing you in the Palestinian desert one moment and some Texas border town the next. Mehdi Dehbi who plays the lead character, Al-Masih, has this mesmerizing gaze and surreal calm that holds you where you are. Before I knew it, I was enthralled, caught under his spell while my writer’s mind was trying to figure out what was going on. What’s the plot? Where are the beats? Where are the plot points?

I might as well have thrown all those questions out the window because you won’t find any answers until the last two episodes when everything ties together but also not—only because the season leaves you with more questions than you started, although this time, they’re different questions.

Is he really the Messiah? Or the Anti-Christ? And why are we as a people so desperate to believe in something that we’re willing to leave everything behind to follow someone we know nothing about all while the powers-that-be (governments, institutions, and all that) do whatever it takes to tear all that down?

The beauty in Messiah is in its parts (or rather, the characters each with their own stories), from the broken and hollowed out CIA officer Eva Geller (Michelle Monaghan) to the even more broken and hollowed out former Mossad agent Aviran Dahan (Tomer Sisley) who wears his sins like armor. And then there are Syrian orphan Jibril Hassan (Sayyid El Alami) whose heartbreaking introduction begins episode 1, He That Hath an Ear, and his friend Samer (Farès Landoulsi) who character arc was both heart-wrenching and inevitable. Him reading The Little Prince to his friend sealed the deal for me. This kid also has the most gorgeous eyes.

There are other characters, too, from the epileptic Rebecca (Stefania LaVie Owen), daughter of a Felix Iguero (John Ortiz) rudderless preacher and his alcoholic wife Anna (played by Melinda Page Hamilton whose beauty reminded me so much of my friend April), herself the daughter of a televangelist preacher, and Will Mathers (Wil Traval), an Army veteran-turned-FBI JTTF agent. Oh, and then there’s Dermot Mulroney as the President who at 54, would make an excellent hero for one of my romances!

Overall, I liked Messiah and hope it gets renewed for Season 2. Sure, it started out slow but every scene was worth it. To me, it showed how one’s faith, whether too much or too little, can either lead you to inner peace or not. And what about that soundtrack, eh? It permeates every single scene and adds that feeling of anticipation and dread.

What about you? Have you seen Messiah on Netflix? What did you think? 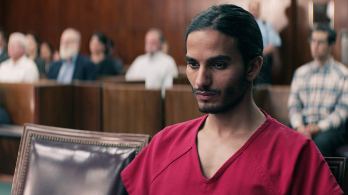 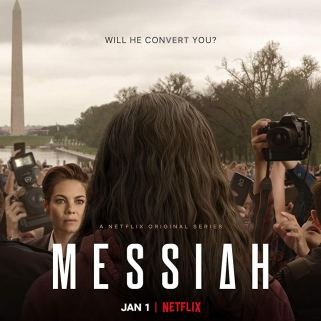 ← Things I’m Doing Instead of Writing the Next Book (A Procrastination Post)
Update: Currently Down →