Tonight, I took LilDude to a new Filipino restaurant that just opened. He’s actually not into Filipino food but in the spirit of “adventure” and trying something new aka just get tf out of the house for a change, he agreed to go with me. I always tell him we need to support local business and this place has been on my to-do list since they did their “soft open” two or so weeks ago.

Well, turns out I overhyped the place in my head.

I’ve never been so disappointed in a $42 (including 20% tip – I don’t remember what the details were because they didn’t give me a receipt) dinner of glass noodles with mushroom and chicken nuggets coated with potato flour and cornstarch that was so dry you could still see the cornstarch… or was it the potato flour? I could have forgiven the food being so blah if the service wasn’t terrible. 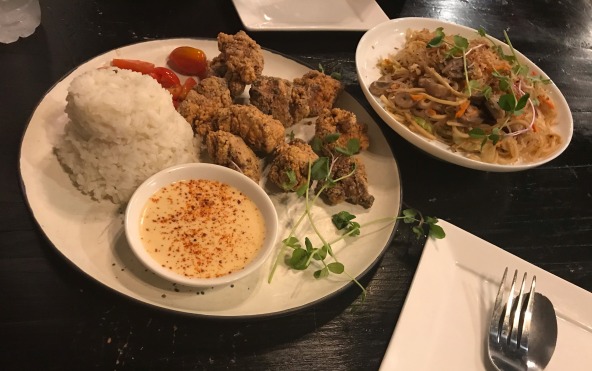 When the owners pay more, if not all their attention to their friends instead of strangers who walk off the street willing to try them out, that’s terrible service. The owner never even said hello to us. He spent the last five minutes we spent there talking to his friends. All he had to do was turn to us and ask us how we were doing. But no, the whole time only one person asked us in two seconds if everything was okay before turning all her attention to the table where all their friends were having dinner.

My son wasn’t thrilled about the small piece of chicken I put on his plate. He played with his food the whole time while I did my best to be objective. But then, I did twist his arm to come with me so I can’t blame him for not being too thrilled.

I did realize that I’d suddenly become a food critic because I had no choice. Was I enjoying the food? No. Was I liking the ambiance and the DIY setup? Not really. Did the employees look like they didn’t want to be there? From the lack of the barest hint of a smile from the guy behind the Square register, yes. Was the lack of attention from the staff becoming glaringly obvious with each passing minute? Hell, yeah.

When we walked out of the place, no one said thank you or even acknowledged us at all. Since you pay first before getting your food, I guess it’s understandable but once we got in the car, I suddenly remembered my father who died five years ago. I had a What-Would-My-Father-Do (WWMFD) moment and without hesitation, I demonstrated to my son that this is what his late grandfather would have done had he owned or ran that restaurant.

My father would have walked around the place and checked on each table. He would have introduced himself and asked the guests if everything was okay, or if they were enjoying the food. Most of all, he would have THANKED THEM for coming in and giving his little place a try. He would have done all this with his usual wide grin that could light up any room. He would have made every single person there feel SEEN and HEARD.

While I know not everyone is like my dad, a little effort would have made a difference today. I just know I’ve never felt so disappointed not because the food was mediocre but because we were mostly ignored.

But at the same time, I’m also grateful.

It made me remember my father and the things he taught me. Finish everything on your plate. Be grateful for what you have. Don’t be afraid to pursue what you want. Love what you do and treat everyone the way you’d like to be treated. Most of all, listen. 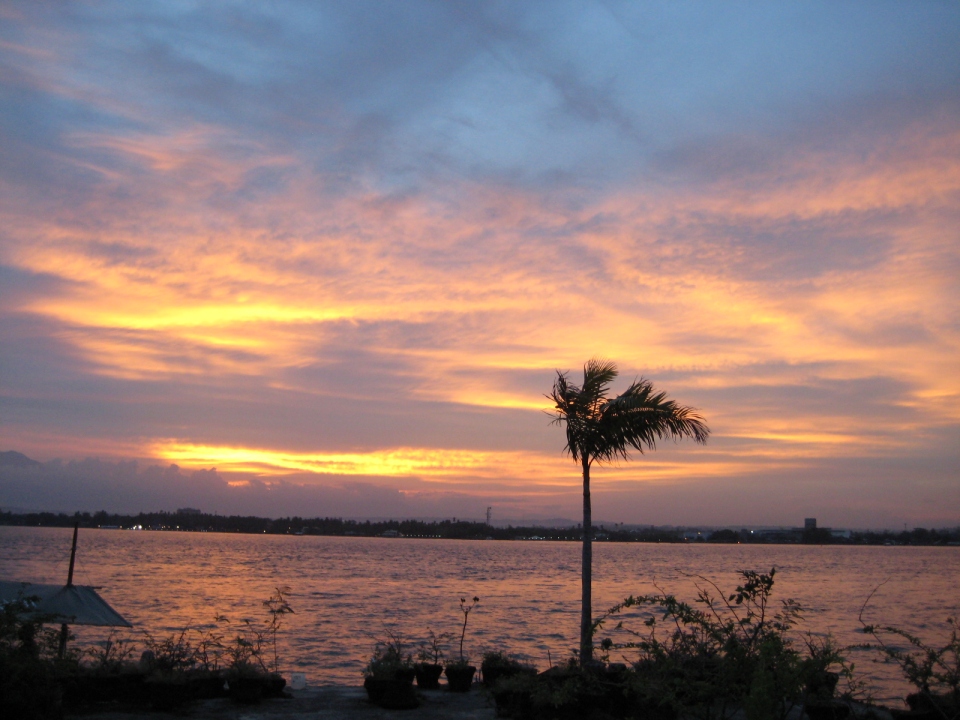 This is the last sunset I enjoyed with my father in 2008. We were waiting for the last boat that would take us from the island where he lived to the main city of Davao (where President Duterte used to be Mayor before he was elected President). I remember how intense the colors were, something the camera could never capture. It makes sunsets bittersweet for me, but it also brings back the lessons he taught me.

← Musings Over Coffee: A Mini-Vacation and Telling A Stranger She’s Beautiful
Hold Up! Look Who’s Got a New Book Coming Out in Four Days! →