Good Things Come to Those Who Wait…

Yup! Friends with Benefits goes live in four days and I’m actually really excited! It makes for a hectic release schedule considering my last book was released less than 30 days ago but I’m also playing catch up for the year.

Friends with Benefits was supposed to be released in September and I actually forgot all about it until I was going through my Instagram archives and saw that I’d posted September 2018 on one of my teasers.

But I have no regrets! That’s because I found the best beta readers when I did go back to expand it from 36k words I left it with to 40k words which makes it a short novel! It did mean that the second book of the Holiday Engagement series went on hold but it’s all good.

That’s the beauty of not forcing myself to stick to a release schedule, the one change in my author business that is saving my sanity. So without further ado, let me introduce you to Friends with Benefits, the fourth book in A Different Kind of Love series featuring characters you’ve met in Falling for Jordan, Campbell and Caitlin. 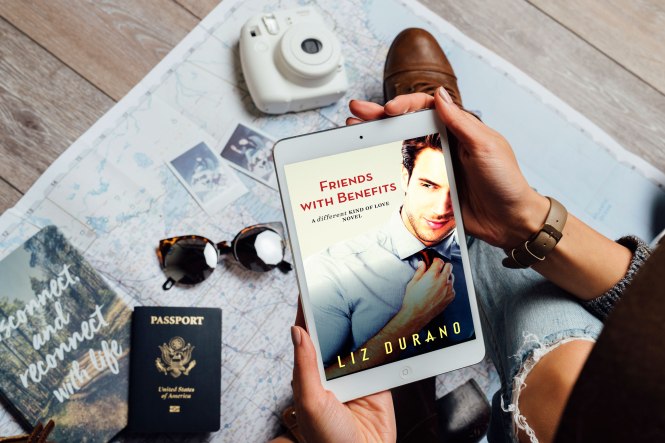 💕 FRIENDS WITH BENEFITS 💕
(A Different Kind of Love Novel #4)

I’ve known Campbell all my life. He’s the boy next door and my brother’s best friend. He’s also the only guy I can completely be my geeky nerdy self with.

But when I wake up in his bed the morning after his company holiday party, there are two things I suddenly can’t ignore: One, Campbell Murphy is all grown up in more ways than one, and two, I no longer want to be “just” his best friend’s sister.

But is a fling worth sacrificing a lifetime of trust between families? Or is it worth a shot at something that had always been there all along?

← The Current Line Up and an Excerpt #teasertuesday
Our Throwaway Society →

9 Comments on “Good Things Come to Those Who Wait…”