Yesterday, I dropped a five-pound radio on my pinkie toe and this morning, hubby insisted we go to Urgent Care after dropping the kid off at school because last night, the toe was black and blue and I suspect he feared it would fall off or something. Three hours, one X-ray, and ugly protective shoe later (verdict: I fractured the toe), we got done and then had lunch at a local vegan restaurant before heading home. 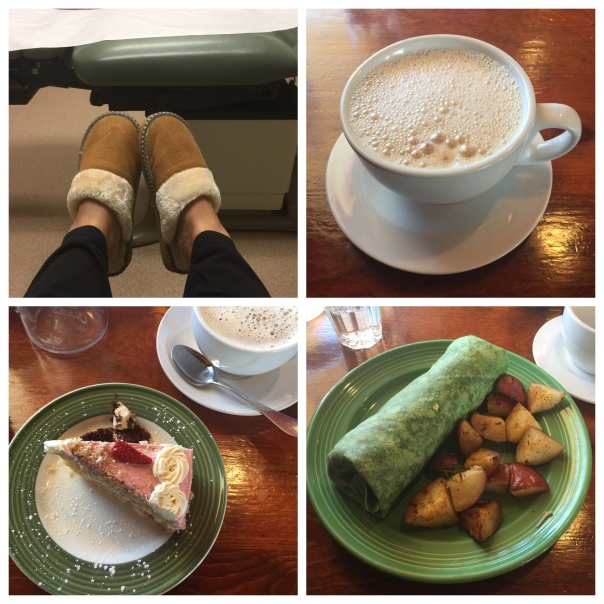 The top left photo was of my lovely footwear on the way to Urgent Care. Dang, was it hot with the faux shearling although my biggest regret was not having had a pedicure before I dropped that radio…

And now, after a few hours elevating the foot, I’m back in front of the laptop to write.

I want to thank everyone who voted on whether the holiday story should be sweet or steamy. The results are in and the verdict?

That means it’s back to the drawing board for me for more naughty writing!

16 Comments on “A Little Detour”