Isn’t that how the saying goes?

Anyway, after writing 21k words for my upcoming novel, I decided to start over and this time, follow the outline to the letter. This will be my fourth try, third since I got my outline fine-tuned by a pro. I knew it would take some getting used to, especially with the pants-er in me rebelling and deviating from the script, but after looking at my current manuscript and realizing that there’s no way I can even tie it to the arc I’d already plotted months earlier, I knew it was time to start over. I was simply spinning wheels and going nowhere.

Outlines work for a reason, and it’s about time I follow it. Even my poor characters don’t know how to act…

Speaking of characters, here’s the latest teaser I made for Breaking the Rules:

I know there’s a lot of angst, but it’s a romance, I promise!

So this weekend, I’m finalizing my taxes. Yup, I waited until the last minute and wish me luck. And then after that, I dive right back into rewriting everything from scratch. And that includes not copying and pasting older passages from the first three or four versions because that’s how this whole mess started anyway. I just have to start from the beginning and work with the outline posted right underneath the chapter so I see it every second I’m writing.

After I’m done with this story, I may or may not write a prequel novella but that’s a huge maybe because I’ve got four other books to work on before the summer is over.

I did find time to take walks this week and take pictures of the flowers blooming around the neighborhood. I never thought I’d love orange but I do love yellow-orange roses, it seems. I picked the exact same shades for my wedding ten years ago. 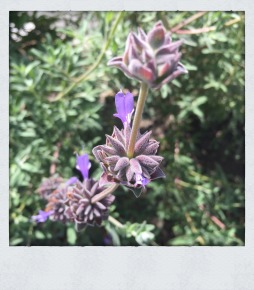 Oh, and if you’re an author looking for inexpensive covers (as low as $13 each), my cover guy is having an amazing sale. Get 5 covers for $75 and 10 for $135. I think it’s an awesome deal and if I didn’t already have 34 covers plus 10 more in a package deal I bought from someone, I’d be all over it.

Oh, but I lie. I already bought five more…

In other news, I’ve unfortunately fallen off the Share Your World bandwagon but not the Outer Space on Film Blogathon which started today. I’ll post mine tomorrow; it’s about one of my all-time favorites, Ridley Scott’s Alien (before 3, 4, 5, 6, and everything else that came after including Prometheus and that last one I’ll call David and David). Nothing ever beats the original… or the second Aliens movie.

What about you? How’s your weekend?