Three years ago today, I clicked Publish on my first book, Finding Sam.

Oh, wait, it was yesterday. But never mind that little faux pas. I’d intended to publish my first book on my oldest son’s birthday which is the 17th and I thought that it would take Amazon 24 to 48 hours to have the book live in the store and so I uploaded it on the 16th thinking that I’d wake up the next day to see the book live on my son’s birthday.

Of course, that didn’t happen. They had it live within hours and so the date stuck.

Whatever it’s called, I became an indie author on this day (or the day before) three years ago. Since then, besides countless short stories and novellas, I’ve published nine books (I think).

Finding Sam, Loving Ashe, Collateral Attraction, Wild Card, Everything She Ever Wanted, In His Heart, Need, Loving Riley, and Falling for Jordan.

Six are novels ranging from 47K to 132k words, and three are novellas. They’re all under contemporary romance with a dash of women’s fiction and also suspense.

When I first published Finding Sam, I felt so guilty and so unworthy. It didn’t matter that I’d written it in memory of my best friend, Pam, who lost her battle with ovarian cancer and I donate all proceeds to the Ovarian Cancer Research Fund Alliance; I still felt unworthy and a fraud. But I think it comes with the territory. How dare you publish something on your own? Who do you think you are? Who validated your skills and talents? Those thoughts stayed with me for weeks and two months later, I’d unpublish Finding Sam because I let the thoughts win. The book did need a few more passes in editing because I found typos, but it didn’t need to be unpublished. Then an author recommended it on a Youtube roundtable and no one could find it, so I published it again in March 2015.

By this time Loving Ashe was ready to go. It had received my editor’s blessing in February 2015 but because of my fears and doubts from Finding Sam, I wouldn’t publish Loving Ashe until June 2015. By then, Loving Riley was just about done but it wouldn’t see the light of day until two years later after a few times of being almost deleted in its entirety, all 90K words of it because, again, fear and doubt had found its home inside me. It resided deep. It had built a mansion, an estate, in my being, especially after I learned that I didn’t necessarily write according to genre expectations as I learned harshly with Collateral Attraction which I released on December 15, 2015.

People thought that I was such a prolific writer. Three books in one year – wow. There was also a novella called Wild Card, but that was a blip on the screen. But the circumstances around Collateral Attraction gutted me. Billie and Heath’s story taught me never to believe everyone when they say they love your story and that it will sell. It’s not that they’re lying. Most of them meant well, but the market is unpredictable. You never know what people want to read. One day it’s this and the next, it’s that. It also taught me not to follow my heart 100% when it comes to publishing decisions (like, write it and they will come) because dang it, many times, it’s wrong.

I wouldn’t complete or publish another book until Dax and Harlow’s story in August 2016. By then personal issues at home forced me to change my author name from my married name to another name. It could have been Sia DancesALot for all they cared as long as it wasn’t the “family” name. It was hard at first but then I realized it was a new beginning. And with that new beginning, I vowed to find the balance between my heart (my love for my stories) and my mind (the one that has to make business decisions, no matter how difficult they can be). I also vowed to sell more books than I’d ever sold before. I vowed to study the market and see what they were doing that I needed to apply to my business. I vowed to look into data no matter how much my eyes glaze over at the sight of an Excel spreadsheet (they still do). If I’m confused about something (usually numbers and ratios), I ask them to explain it to me in English like I’m ten. I still don’t get everything and I still make mistakes, but I keep trying.

In October 2016, I took a huge gamble and made expensive business decisions in the publication of the fourth book. I felt like that person at the card table who puts all the chips in, even the keys to the car. I had nothing to lose. Sink or swim.

While Everything She Ever Wanted didn’t sink, it didn’t break bestseller lists and net me tons of money either (I only had 64 preorders, 54 more than Collateral Attraction did). It wasn’t anything to write home about. But what it did do was restore my hope in my writing. It restored my confidence that I could do this and make it work. It also reminded me that writing is a marathon, not a sprint. And so far, while some of my books may have sputtered at the starting line, they caught their second wind years later and they’re in that marathon for as long as my copyright lasts.

Still, fear and doubt still lived inside me, even if its sprawling estate was now reduced to a small house. But they were still there. And sometimes they struck, and when they did, they struck deep. No amount of ESEW’s success could convince me that Loving Riley was a good enough follow-up to Loving Ashe until my son’s aide found the file in the Kindle I’d loaned her and told me she stayed at home all day that weekend to finish the book. I guess in this case, fate stepped in and Loving Riley would be the first novel I’d publish this year, almost two years after the release of the first book, Loving Ashe. Ashe’s story would be followed by two novellas. In His Heart, the standalone novella set in Finding Sam‘s world, and Need, the Kindle World novella that’s set in another author’s world. And then there’s my latest release, Falling for Jordan which you may spot around this weekend sporting a brand new cover (another business overruling the heart type of decision). 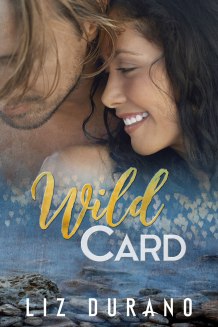 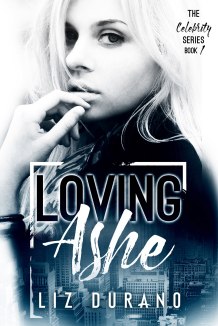 Everything She Ever Wanted

These days, I’m sometimes too busy with marketing decisions to find time to write. I have three stories that need to be finished. One is at 72k words, the other at 42k words, and yet another needs major trimming at 145k words. And then there are Gareth’s story, Sawyer’s, Gabriel’s, and Blythe’s. So many stories, so little time.

But it doesn’t matter. I’m having a good time at it. And so today — after all my ramblings above, after all the fears and doubts and the naysayers who say indie authors can’t make money or that they produce nothing but crap or that they can never be as good as a traditionally published author — my indie author career turns three.

Here’s to many more…

This one’s to all my amazing followers of the naughty persuasion (who have read this far down my ramblings) – because you guys totally inspire the hell out of me. Thank you.

← Musings Over Coffee: What NaNoWriMo?
“It Takes a Thief” Blogathon: The Usual Suspects →

6 Comments on “It’s my Indie Pub-Anniversary!”