This time last year, I decided to change the book cover of Everything She Ever Wanted 32 days before launch day even though the cover reveal for the book had already been done and the posts for the Release Blitz scheduled with the bloggers.

People thought I was crazy to do it, and in a way, I was. I mean, I already had my cover. In fact, I had run through my budget doing three cover changes and probably drove that cover designer crazy. I also didn’t have the money left to pay for the fourth cover at all, definitely not the image itself; how much more having it designed in a pinch.

But let’s back up a bit.

This time last year, I was a self-published author with three published novels and short stories under her belt, every single one of them a commercial failure. Yes, a commercial failure. I had to stop kidding myself. Family members also lost any belief in me to the point that they asked I no longer use the married name on the books and if I could change all the previous books to reflect that change, even better. It was a demoralizing time and there were days when I thought I just had to call it a day and stop dreaming. Sure, I could write. Sure, I could craft drama. But to actually make a living out of my writing? Nope, it was time to wake up and smell the rotting roses. I was spending more money than I was making and my massage practice was the one funding all the books. That is until I cut down my hours to barely nothing and suddenly nothing was funding my writing.

Broke, depressed, and armed with only a story about a woman who finds happiness in the last place she thought she’d find it, I needed to find just one person (close to me) who still believed in me.

That person was my older brother, Paul, who’s never read my books but loaned me the money to buy image #85.

Sometimes, life gives you a tough choice. Either you quit now or you keep going. This time last year, I decided to keep going and for the first time, I decided to ask for help. There were no guarantees anyone would like Dax and Harlow’s story. No guarantees if I could even pay my brother back at the scheduled time frame for the huge risk of using an exclusive image for the book cover after I already had three covers made and purchased. No guarantees I’d make a dime on the story my heart and soul needed me to write.

But if there was one thing that was certain, it was this: someone believed in me at a time I needed it the most. It helped me regain what I’d almost lost, belief in myself.

So in many ways, today feels like a birthday, only it’s called Hope-day.

Because this time last year, I found hope again. And this time, I held on. 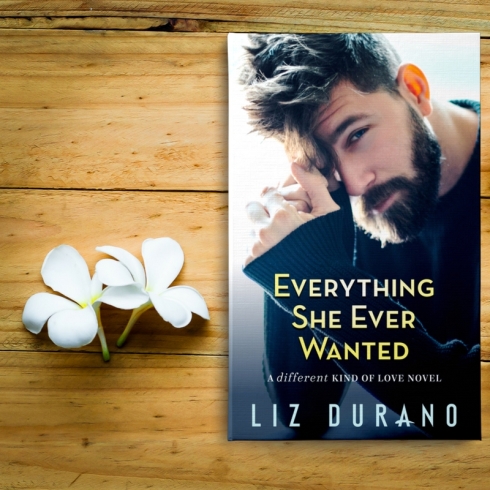