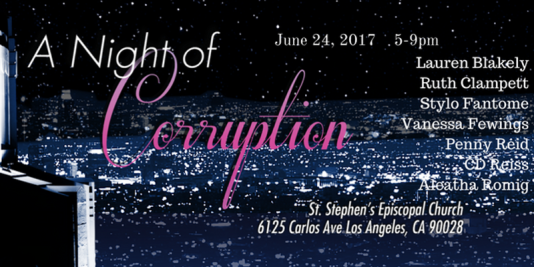 Yup, I went to my first book event tonight and I’m glad I did. As usual, I didn’t think I’d make it because when my two-hour alarm sounded to remind me of the event, there was no relief in sight from kid duty. So I figured if it’s meant to be, then it’s meant to be.

When his dad got home, I was off. I didn’t care what I wore or whether my makeup was on point. I no longer wear as much makeup as I used to and apparently, it’s not easy to put on makeup when it’s hot and humid as well… and when you find a pimple above your right eye. So I did the best I could and ran out of there. After all, it’s my first night alone and out of the house in a long time…

By the time I got there, the event was in full swing and there were long lines everywhere for the authors to sign books and meet their readers. Although I was familiar only with one author’s work, I was eager to check out the other authors at their tables. Some of them had so many fans they had to be separated into groups and assigned numbers.

I went straight to the goddess CD Reiss, author of the Submission series (as if I haven’t raved about her books enough that you’re probably sick of it) and then realized I didn’t know how to introduce myself. I wanted her to sign my books to my real name but I also felt like it was also proper to tell her that I was one of the Drazen World authors launching next month with my pen name. 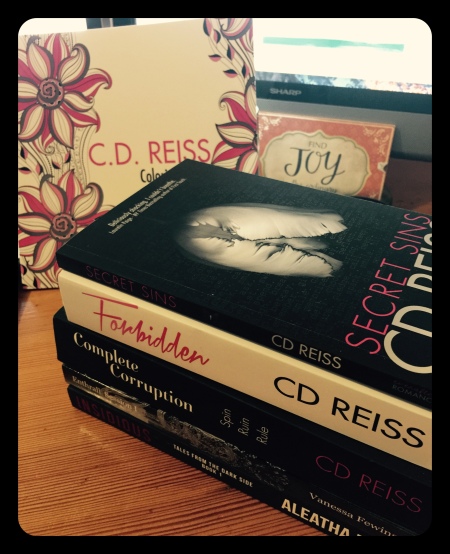 I was really happy to find a copy of Secret Sins, the last book in the Drazen World series (in order, they read Submission, Corruption, Forbidden, and Secret Sins), so of course, I had to grab my copy. There was also a coloring book which was pretty cool. 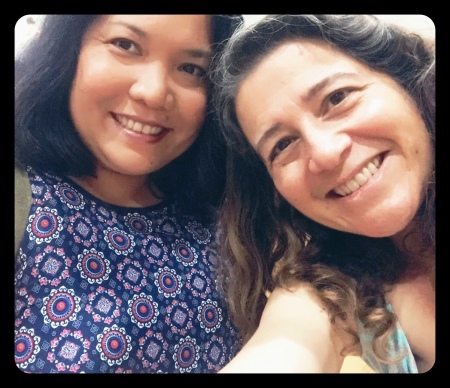 After she signed all the books, there was this picture with the goddess herself and I was a total fangirl. Can’t you tell?

I met other wonderful new-to-me authors and bought a few books. Vanessa Fewings is a Brit with the most beautiful accent and Aleatha Romig was nice enough to tell me about her books when I went up to her table and said, “I haven’t read any of your books yet.” Hope it wasn’t tacky but I wanted her to tell me which books to start with, series or standalone. It’s something I get from readers who first learn of my work; they usually want to know which book to pick up first.

I also met audiobook narrators who had a booth outside on the patio where it was cooler. I probably spent more time there as they had more time to chat and one of them told me how one of her fans, a truck driver, ran into her at a truck stop in the Midwest and told her how much he loved her narration of a paranormal romance series involving werewolves. Turns out, some truck drivers enjoy listening to romance although he admitted he had to replace the romance covers with a more masculine one so colleagues wouldn’t give him that weird look. Apparently, audiobook CD’s are big in major truck stops!

For my first book event, A Night of Corruption was small enough and intimate enough that it didn’t overwhelm me. I might check out the next one in October, who knows? For one thing, whether you’re an author or a reader at these events, you know you’re with your people and that’s a good feeling.

2 thoughts on “I’ve Been Corrupted (A Night of Corruption)”